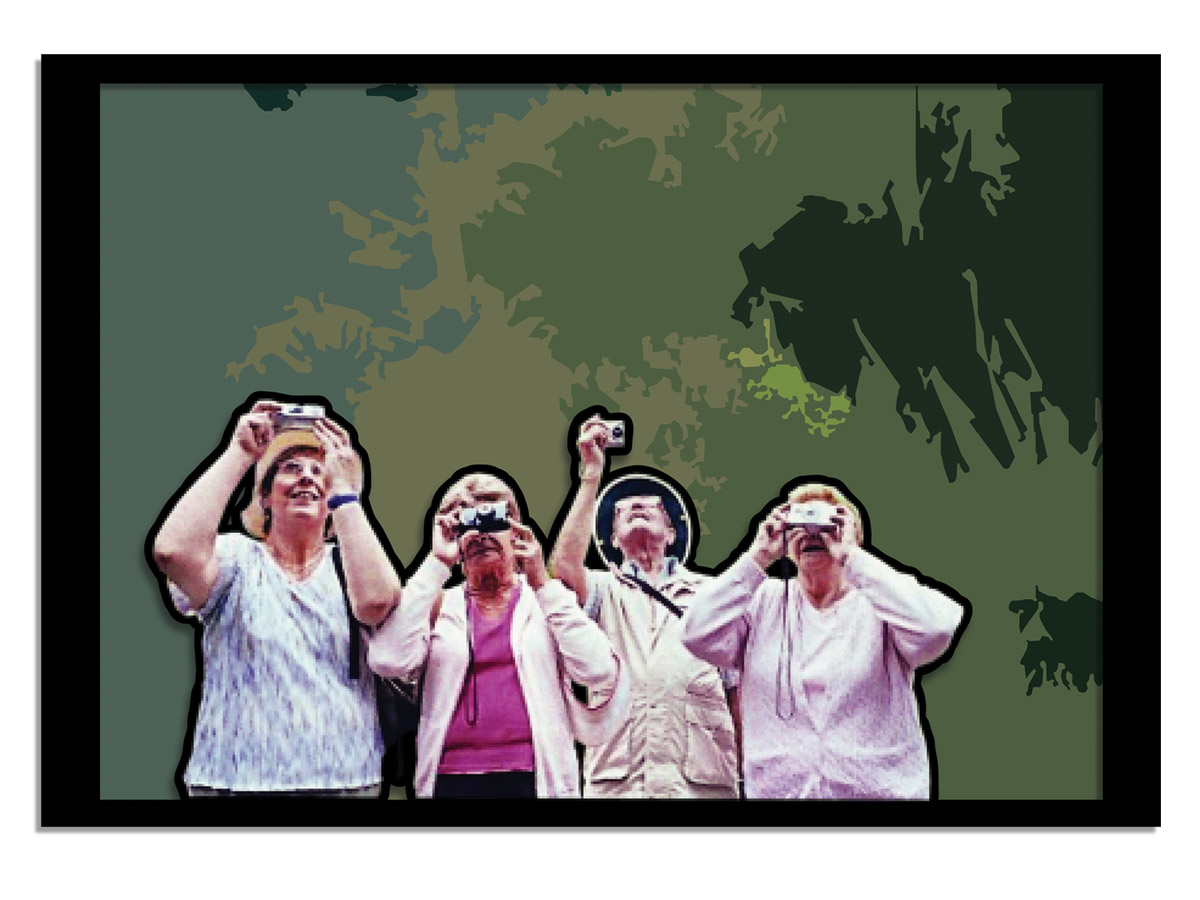 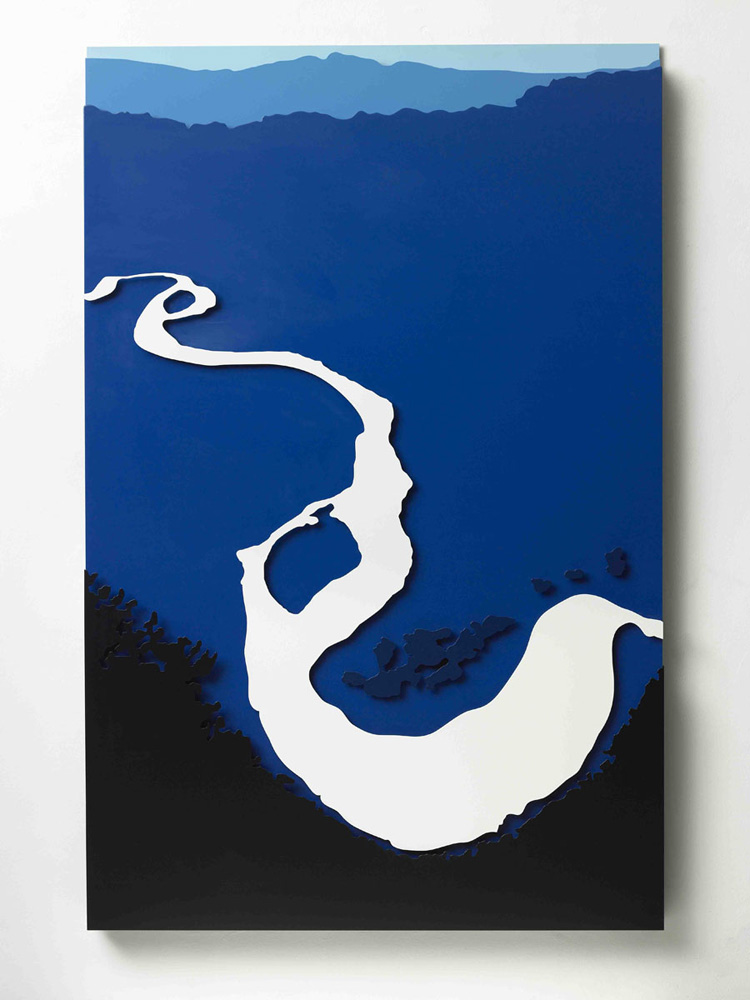 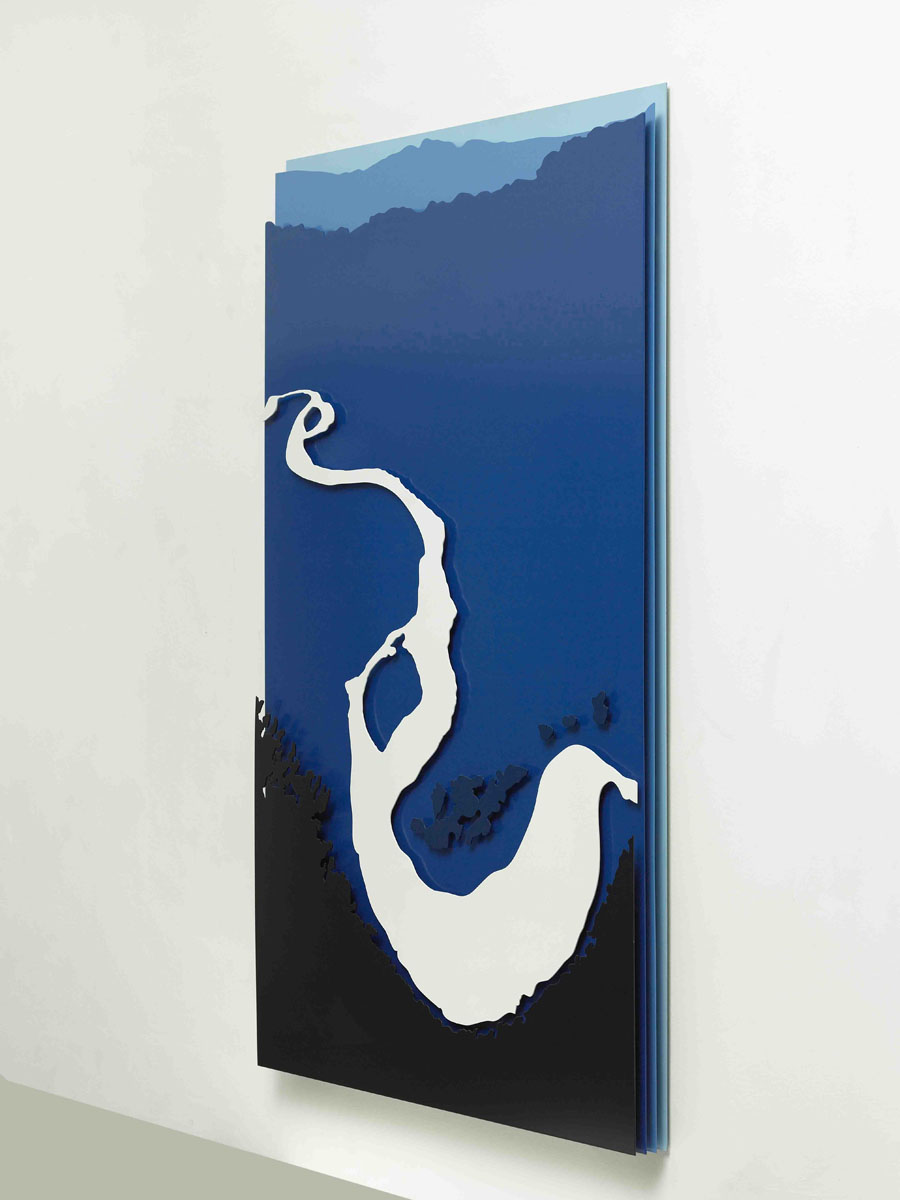 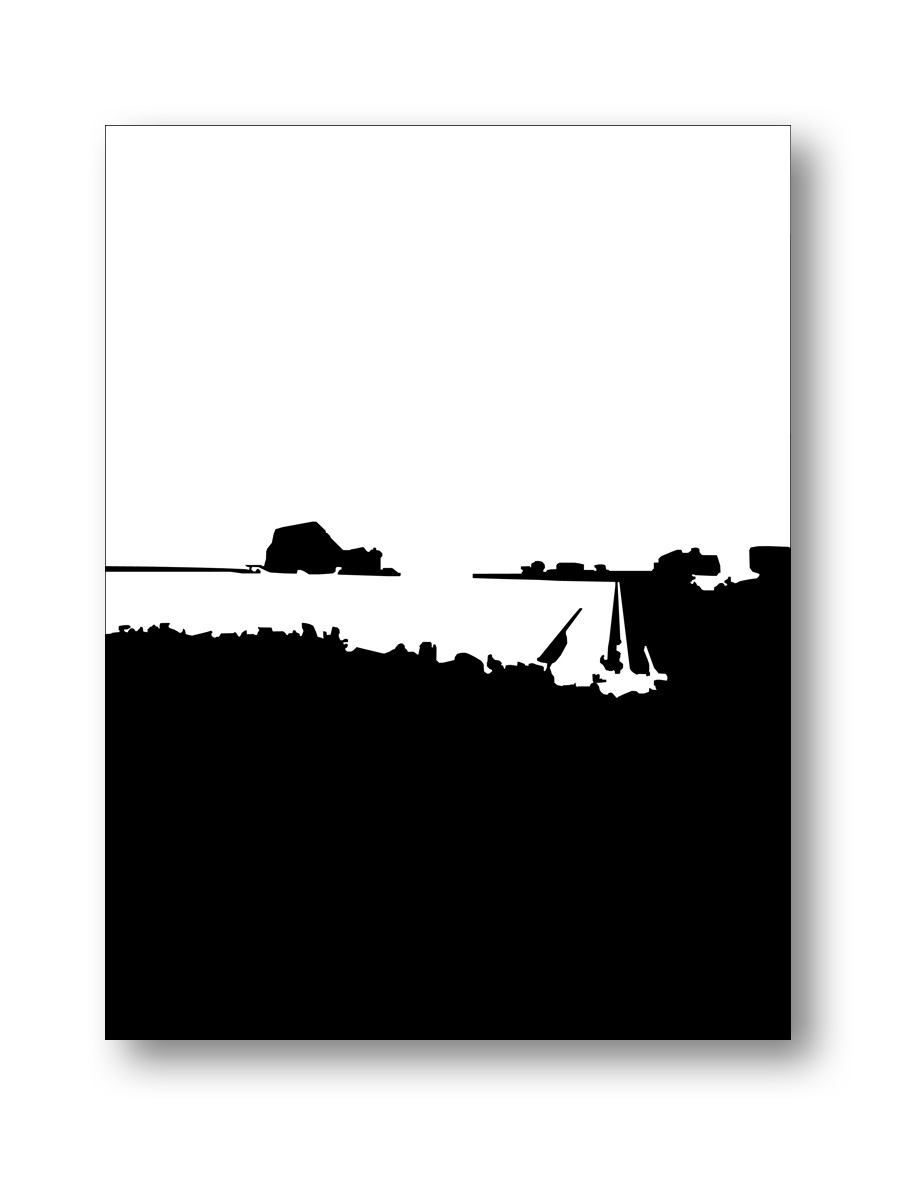 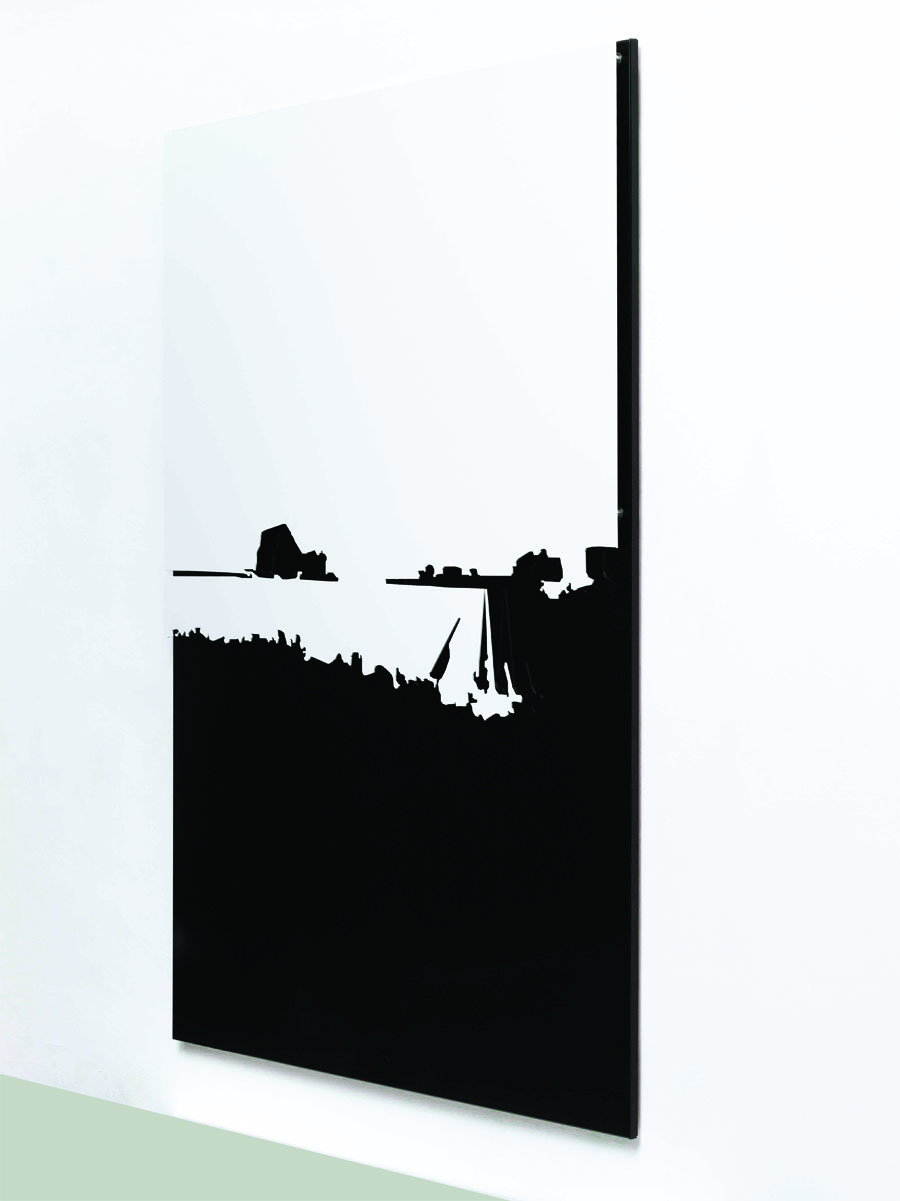 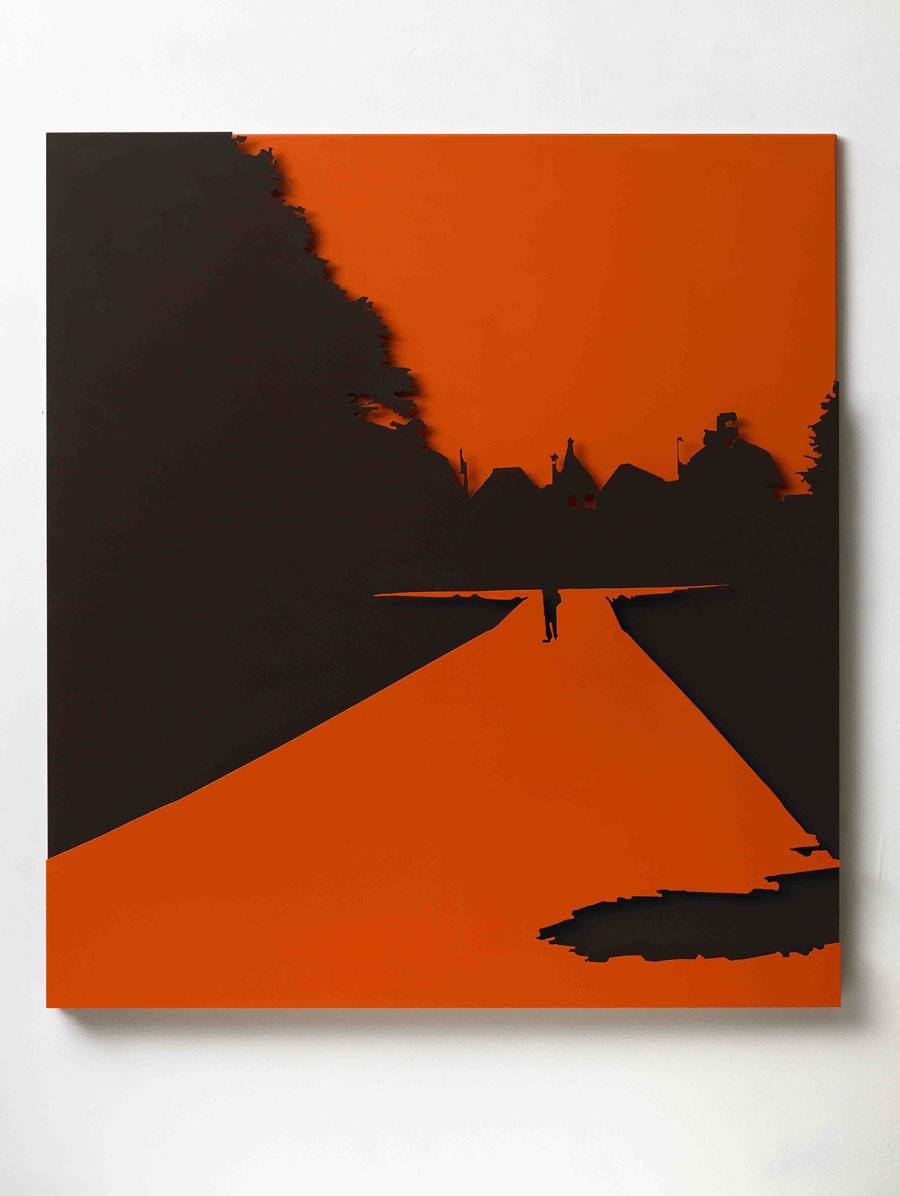 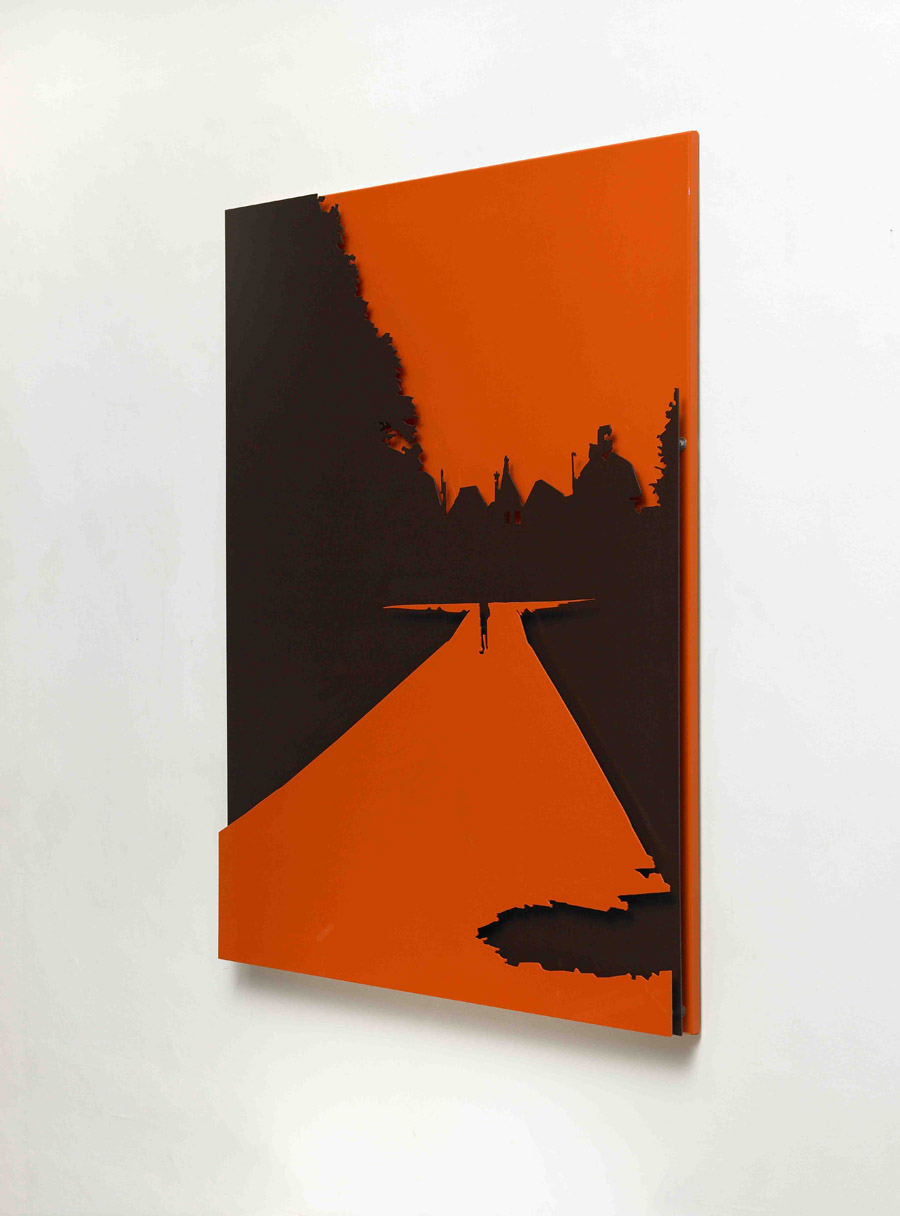 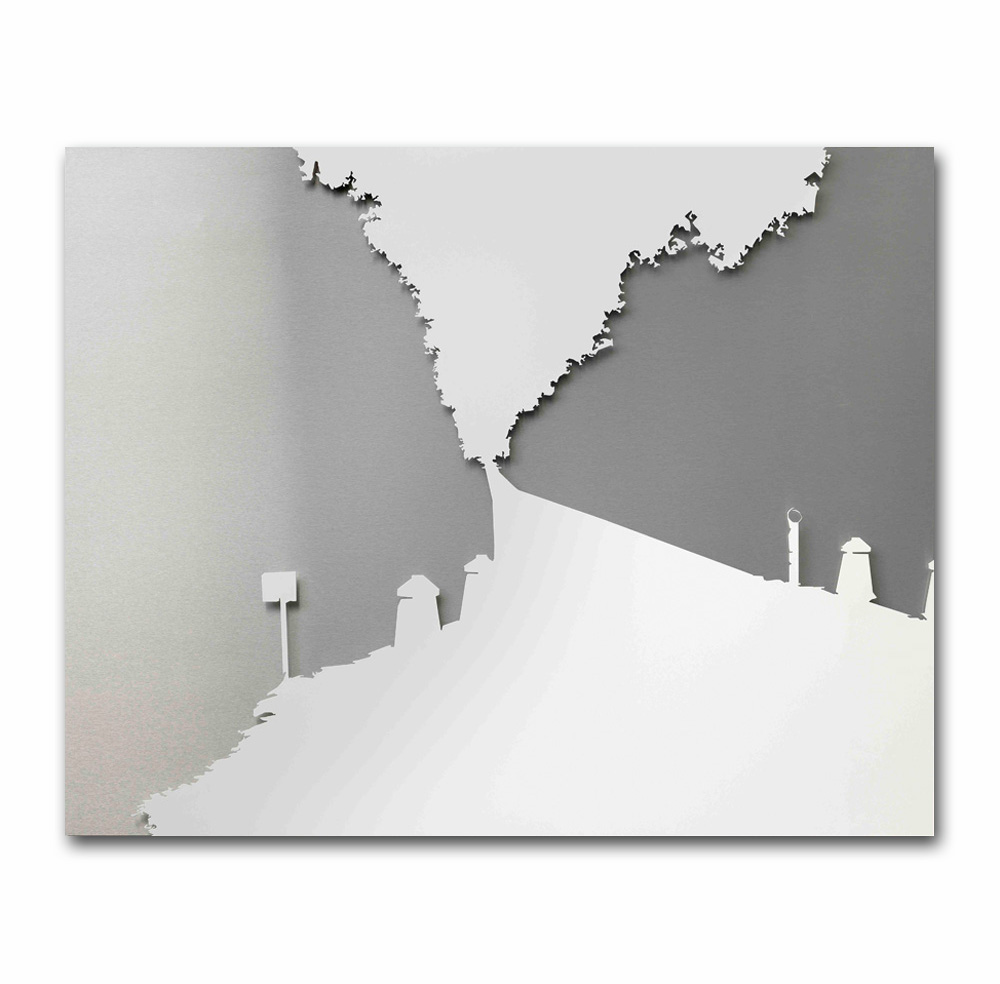 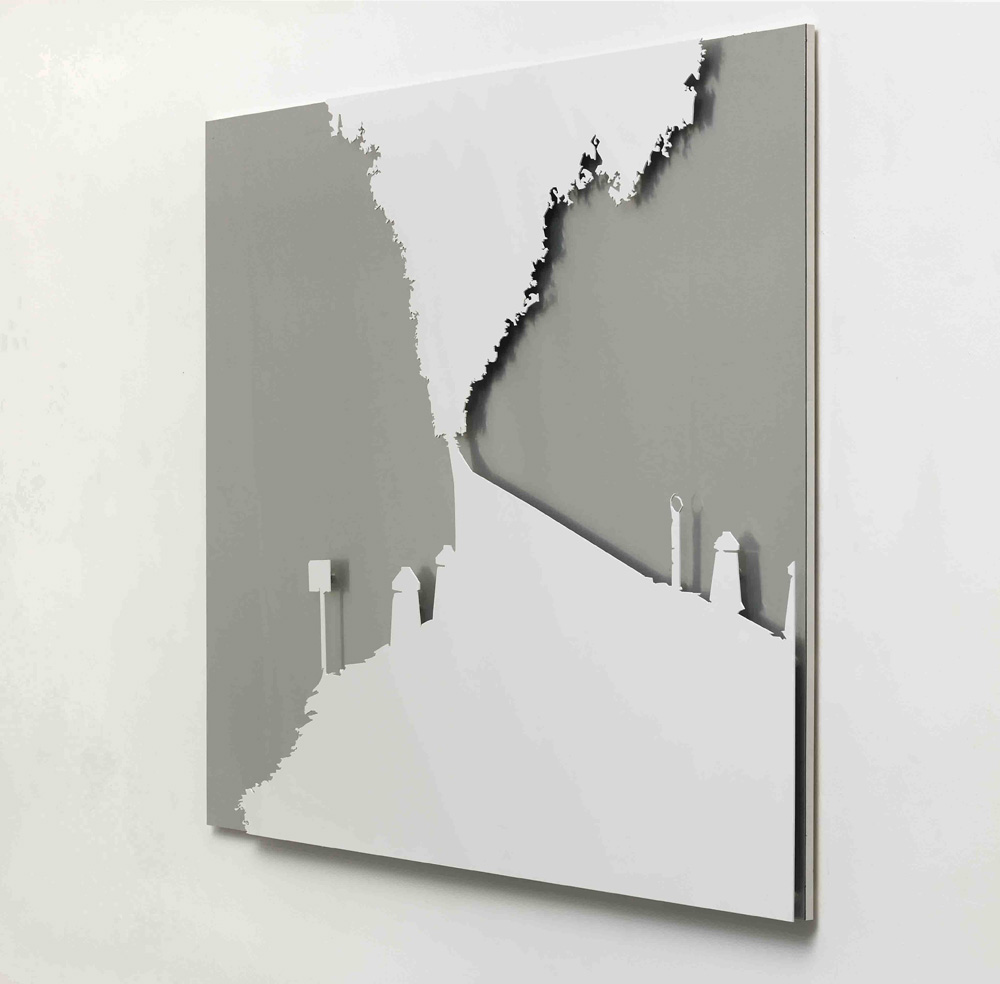 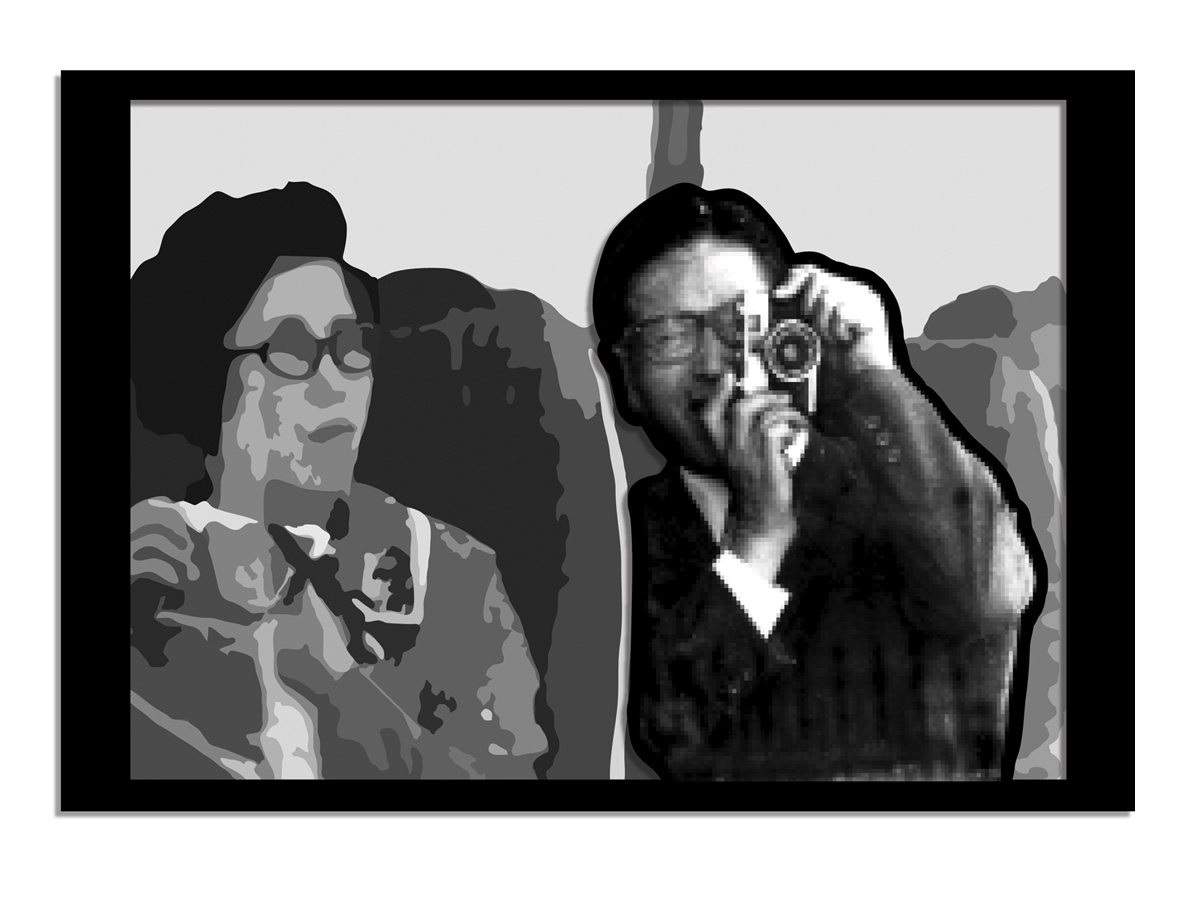 A brain-computer interface (BCI), sometimes called a direct neural interface or a brain-machine interface, is a direct communication pathway between a brain (or brain cell culture) and an external device. In one-way BCIs, computers either accept commands from the brain or send signals to it (for example, to restore vision) but not both. Two-way BCIs would allow brains and external devices to exchange information in both directions but have yet to be successfully implanted in animals or humans.

In 1999, researchers led by Yang Dan at University of California, Berkeley decoded neuronal firings to reproduce images seen by cats. The team used an array of electrodes embedded in the thalamus (which integrates all of the brain’s sensory input) of sharp-eyed cats. Researchers targeted 177brain cells in the thalamus lateral geniculate nucleus area, which decodes signals from the retina. The cats were shown eight short movies, and their neuron firings were recorded. Using mathematical filters, the researchers decoded the signals to generate movies of what the cats saw and were able to reconstruct recognizable scenes and moving objects. 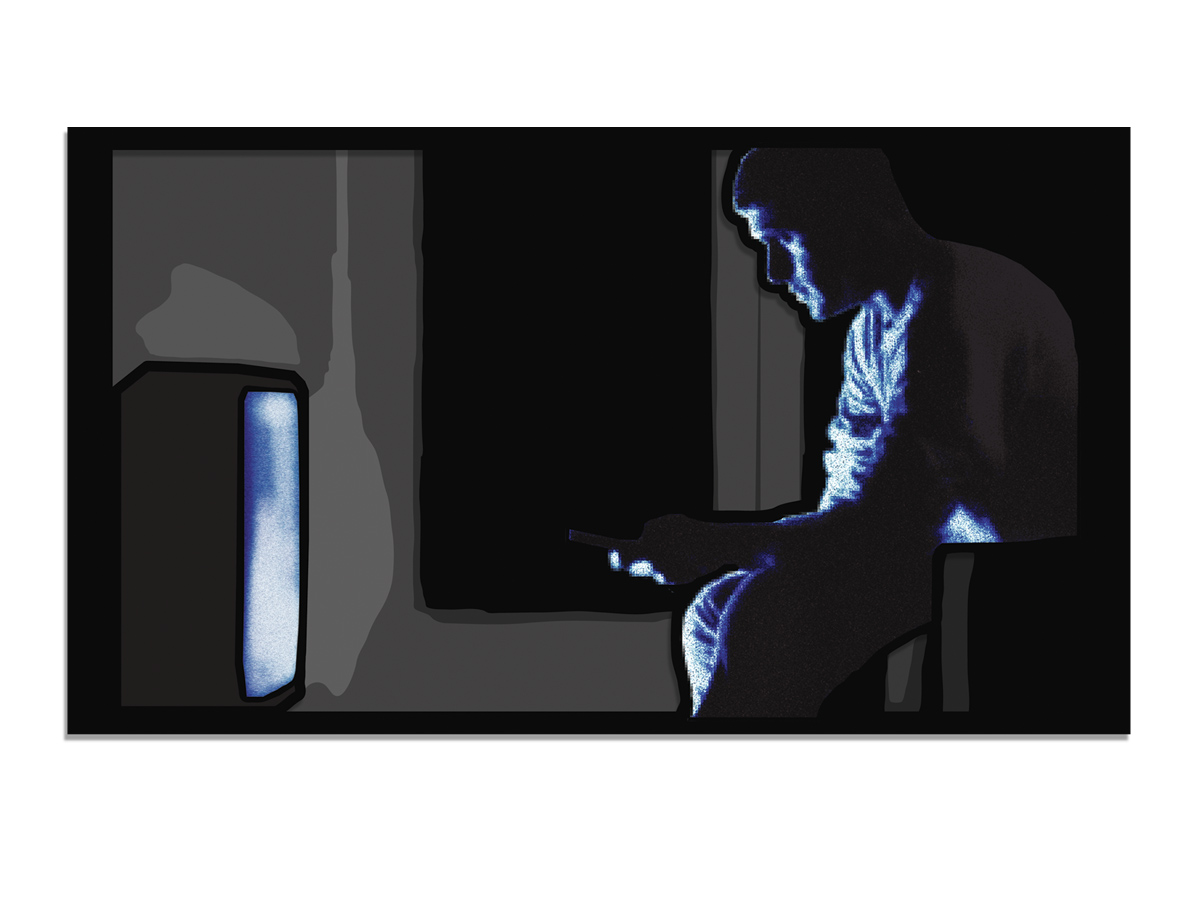 In telecommunications, transmission is the process of sending, propagating and receiving an analogue or digital information signal over a physical point-to-point or point-to-multipoint transmission medium, either wired or wireless. Tranmission technologies and schemes typically refer to physical layer protocol duties such as modulation, demodulation, line coding, equalization, error control, bit synchronization and multiplexing, but the term may also involve higher-layer protocol duties, for example digitalization of an analog message signal, and source coding (compression). 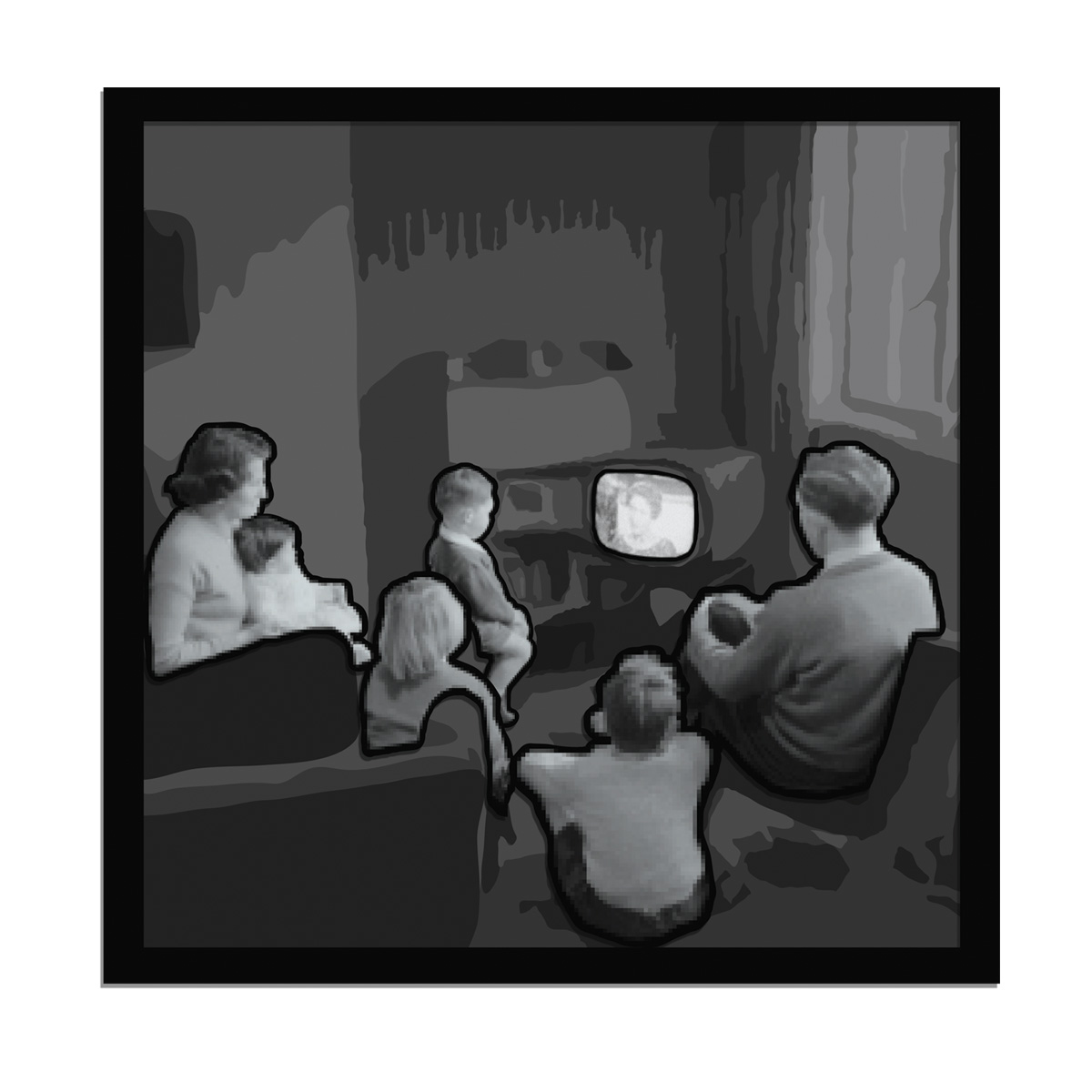 As a photon is absorbed by an atom, it excites an electron, elevating it to a higher energy level. If the energy is great enough, so that the electron jumps to a high enough energy level, it may escape the positive pull of the nucleus and be liberated from the atom in a process called photoionisation. Conversely, an electron that descends to a lower energy level in an atom emits a photon of light equal to the energy difference. Since the energy levels of electrons in atoms are discrete, each element emits and absorbs its own characteristic frequencies.

Together, these effects explain the absorption spectra of light. The dark bands in the spectrum are due to the atoms in the intervening medium absorbing different frequencies of the light. The composition of the medium through which the light travels determines the nature of the absorption spectrum. For instance, dark bands in the light emitted by a distant star are due to the atoms in the star’s atmosphere. These bands correspond to the allowed energy levels in the atoms. A similar phenomenon occurs for emission. As the electrons descend to lower energy levels, a spectrum is emitted that represents the jumps between the energy levels of the electrons. 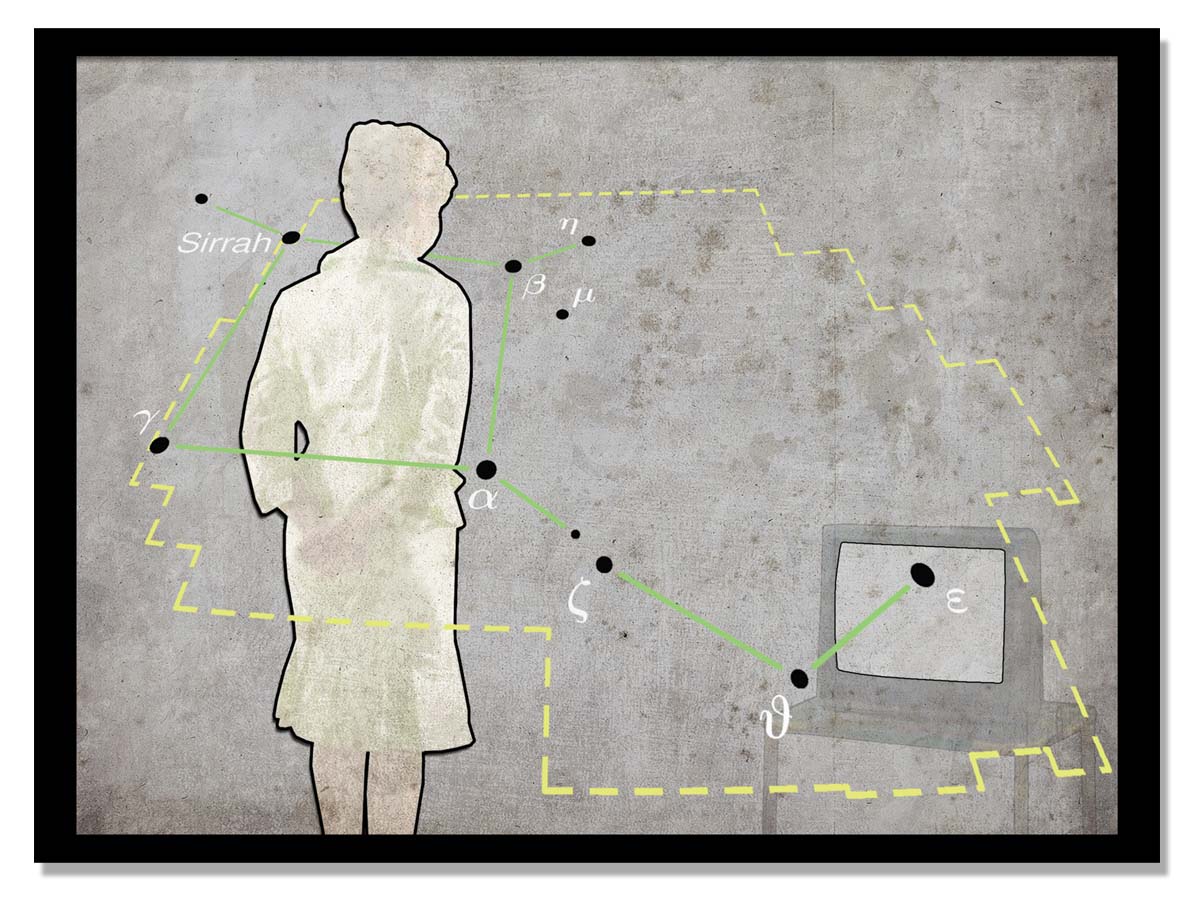 Gravitation is a natural phenomenon by which objects with mass attract one another. In everyday life, gravitation is most commonly thought of as the agency which lends weight to objects with mass. Gravitation compels dispersed matter to coalesce, thus it accounts for the very existence of the Earth, the Sun, and most of the macroscopic objects in the universe. It is responsible for keeping the Earth and the other planets in their orbits around the Sun; for keeping the Moon in its orbit around the Earth, for the formation of tides; for convection (by which hot fluids rise); for heating the interiors of forming stars and planets to very high temperatures; and for various other phenomena that we observe. 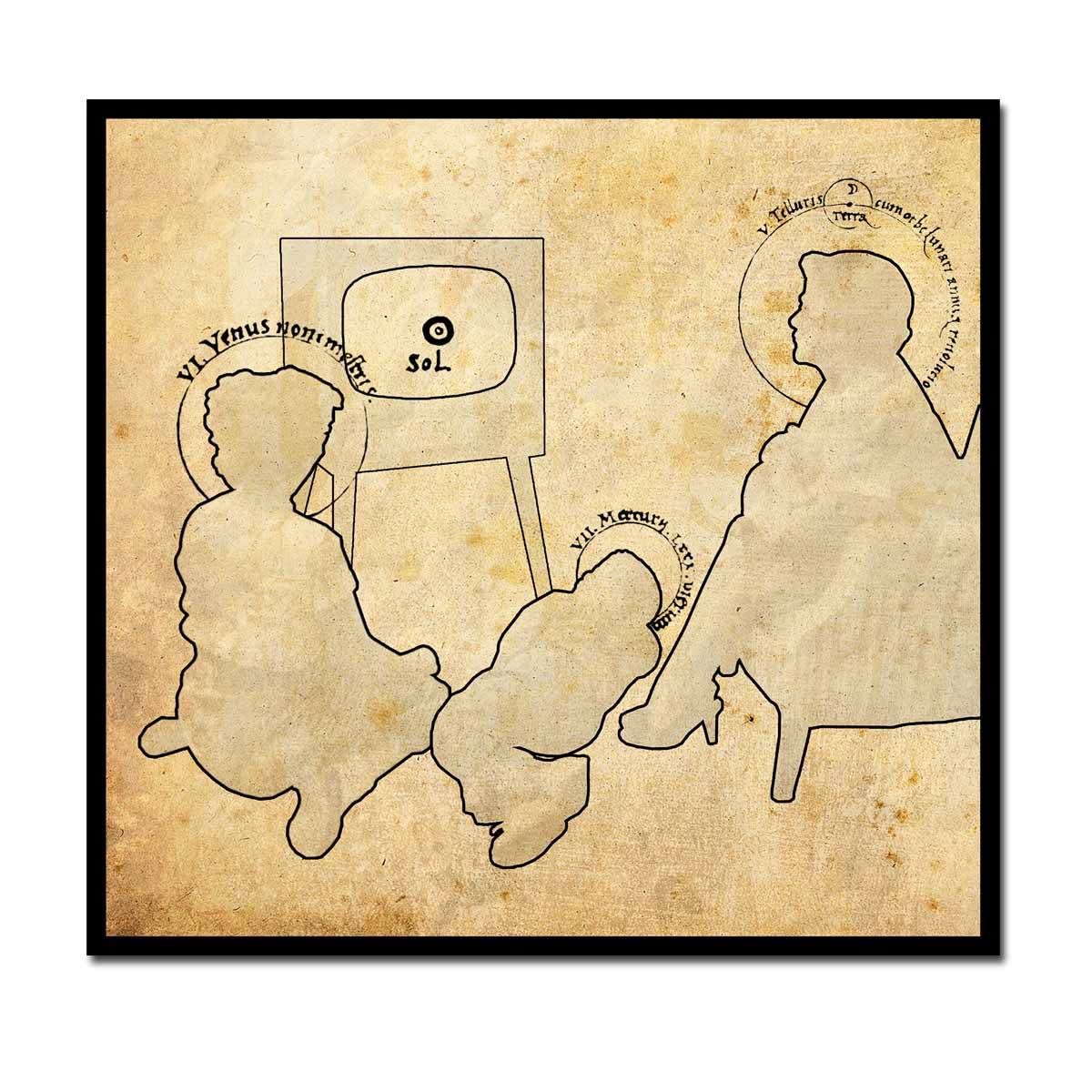 The boundary of the solar system may be defined, in terms of physical effects, as the limit of the Sun’s influence. One value is given by the extent of the heliosphere, the region swept by the solar wind. Its boundary, where the pressure of the outward flowing protons and electrons is balanced by incoming particles, probably lies at about 1.5 x 10 km ( 150,000,000,000 km ). Another value could be given by the extent of the living room. Its boundary, where the kitchen wall lies is a distinct block in the view of the TV and it is equally true that this should be regarded as a limit on the solar system. 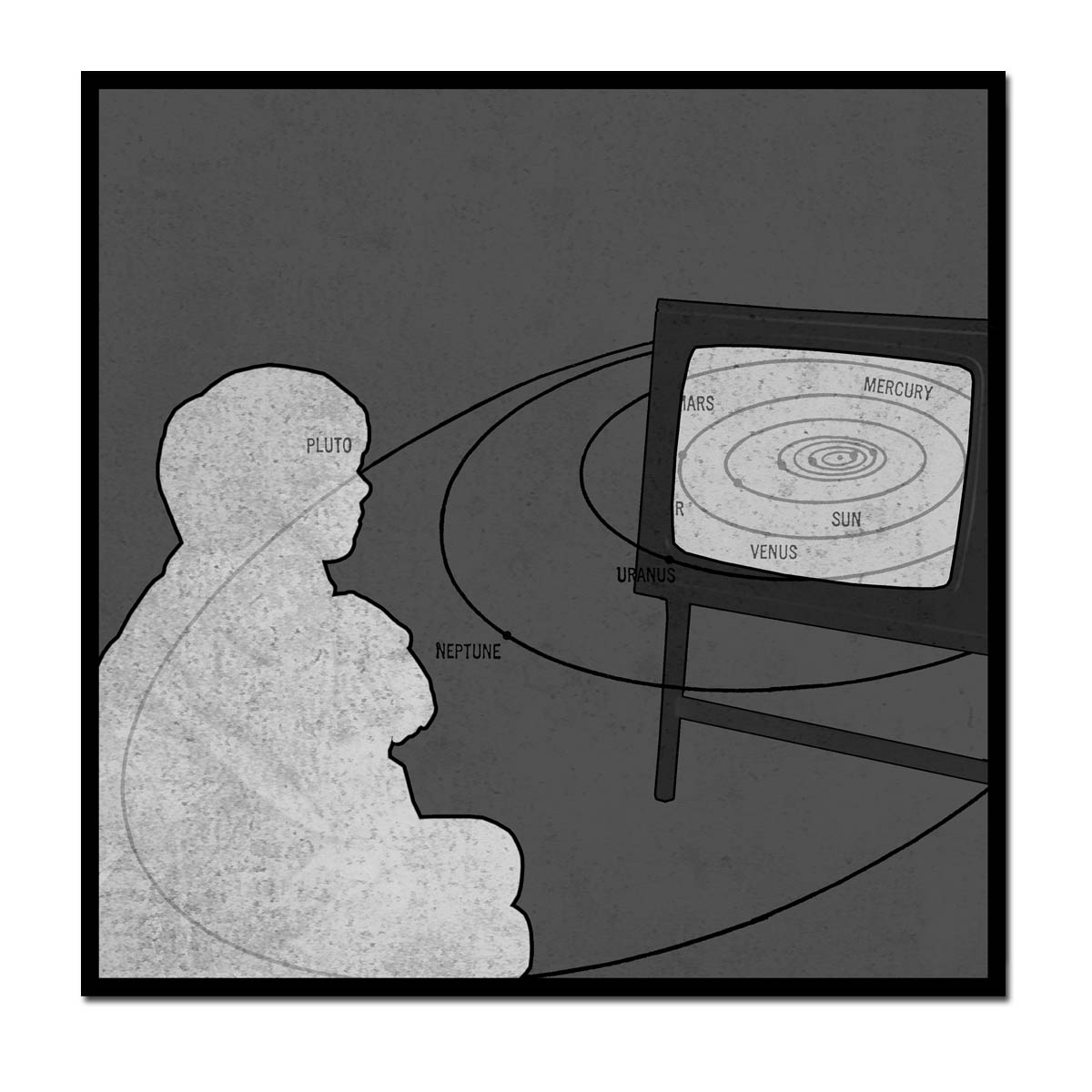 Planetary orbits were a profound source of confusion to the ancients, and Ptolemaic and Copernican theories were only a close approximation to orbital mechanics. Less than 400 years ago, Kepler introduced his three famous laws defining orbital motionand effectively set the scene for adequately describing the observed trajectories. As Kepler explained in his first law, the orbit of a secondary body about a primary describes an ellipse with the centre of mass of the primary occupying one focus of that ellipse. The second law states that the line joining the planet and the focus occupied by the primary will sweep out equal areas in equal periods of time, regardless of the planets position in its orbit. The third law states that the square of the orbital period is proportional to the cube of the semi-major axis. 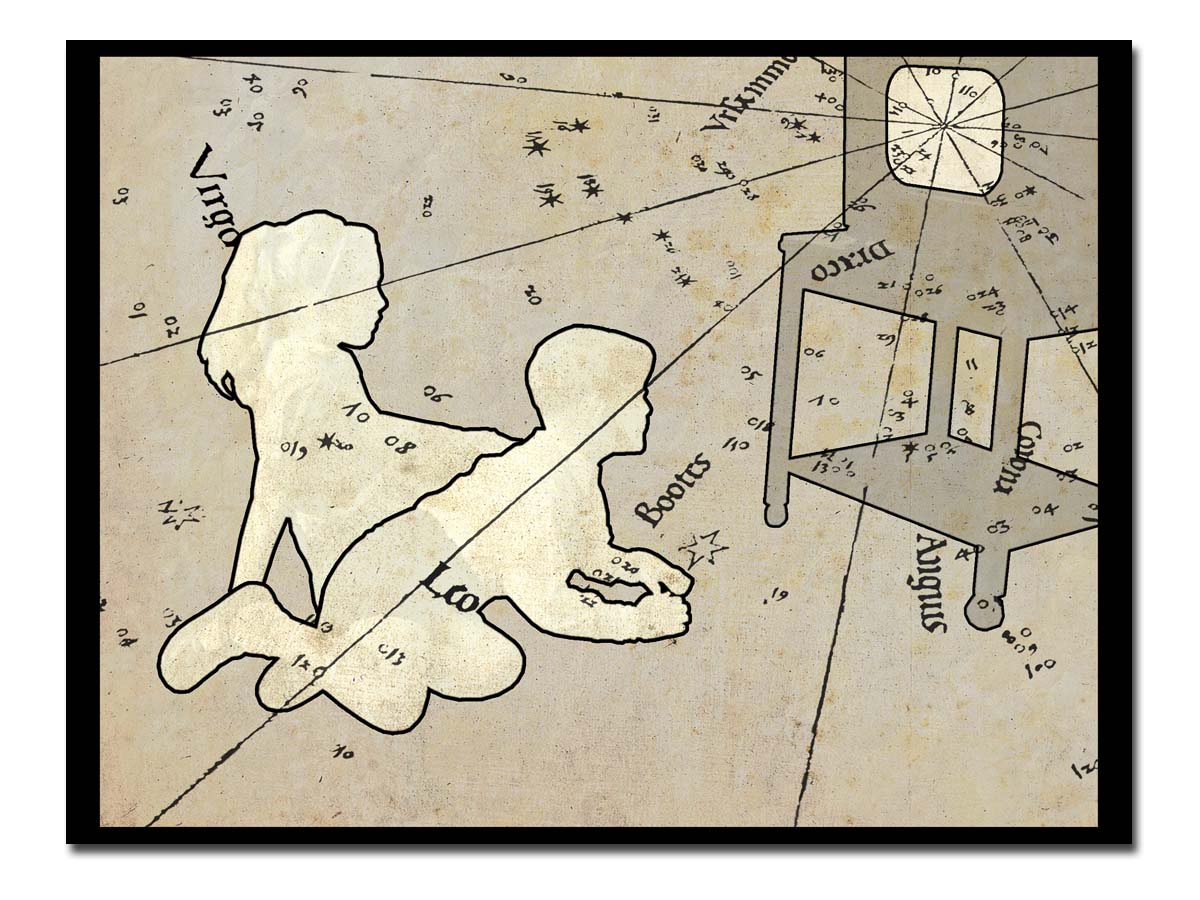 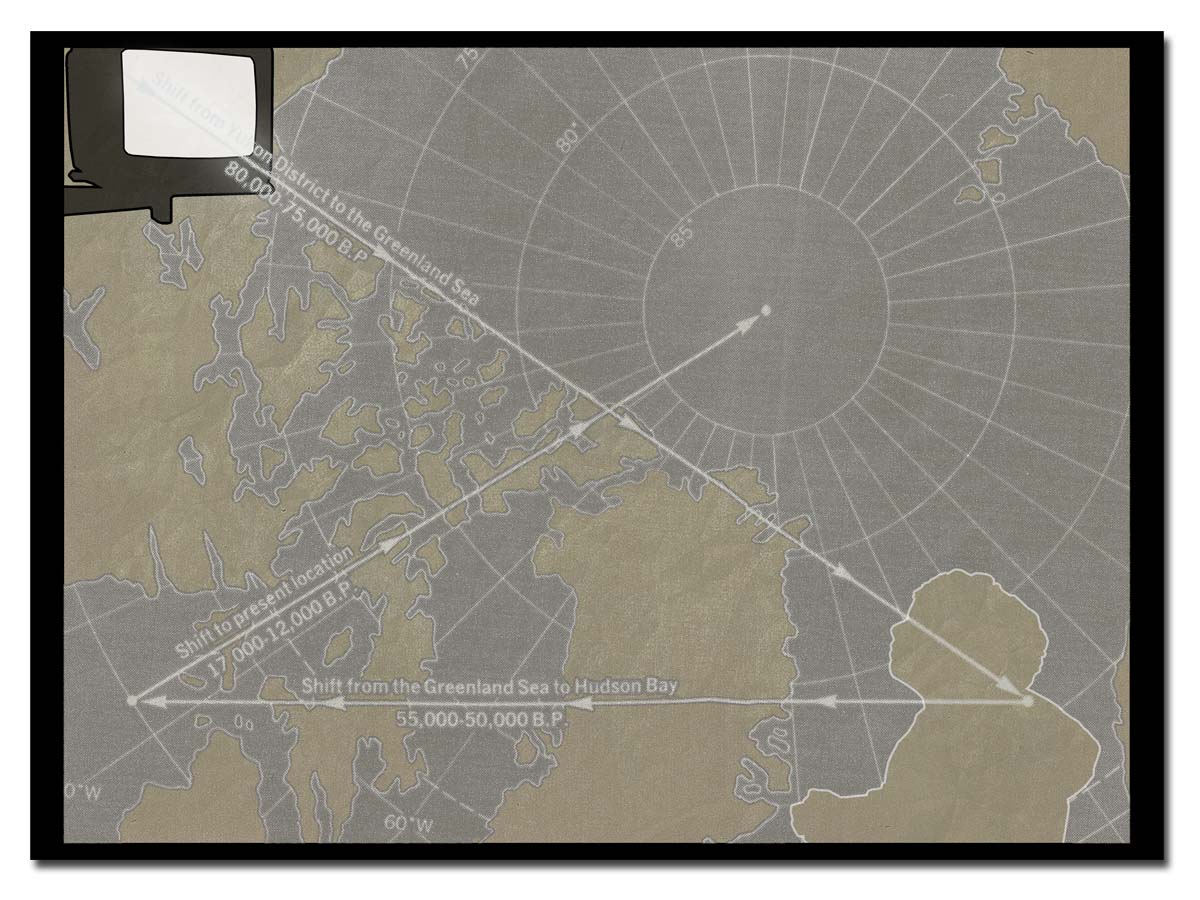 The precession of the equinoxes. The equatorial North Pole is the celestial North Pole as seen from earth. This pole is determined by the earth’s axis and revolves around the elliptical North Pole over a period of approximately 26,000 years. The swirling motion of the circumpolar stars around the celestial pole is the most dramatic motion in the night sky. Extensive research by contemporary scientists has shown that over great periods of time the positions of the earth’s north and south poles have changed. 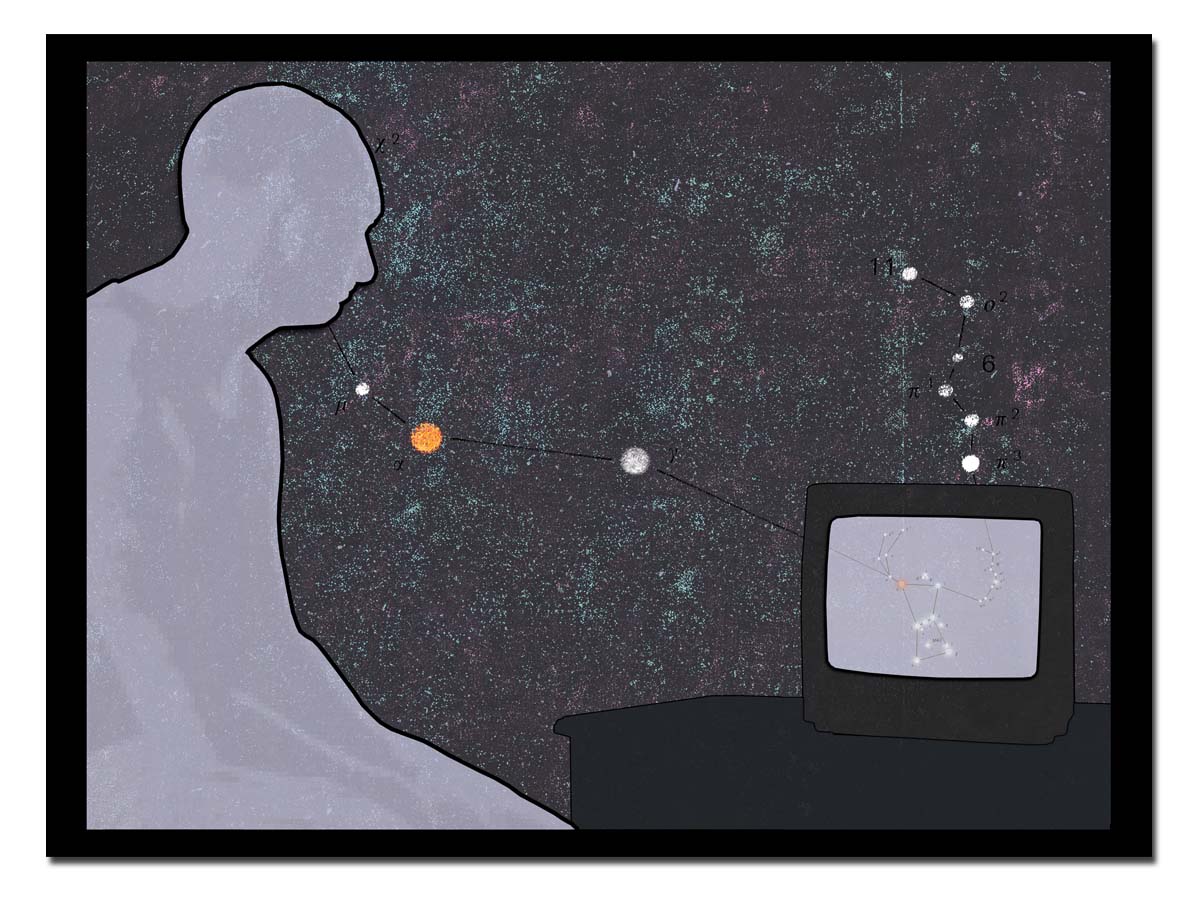 This interesting constellation lies between RA 4 hr 40 min-6hr 20 min and Dec -11 –23, flanked by Taurus, Eridanus, Lepus, Monocerus and Gemini. The three most interesting stars in this group form the famous belt of Orion: Alnitak, Alnilam, and Mintaka. The veiwer is now a new addition to the constellation Orion, and whether he likes it or not he will remain part of Orion until the program is over. 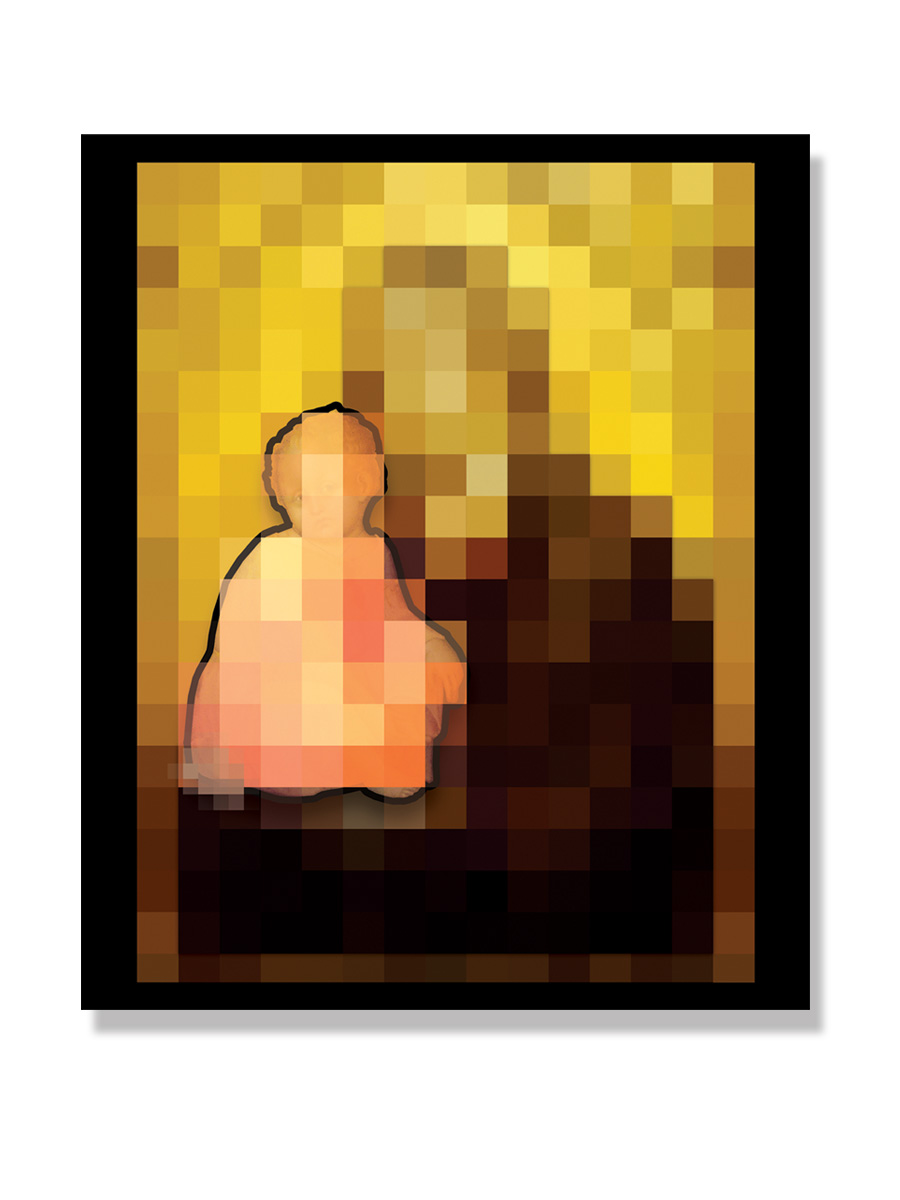 Cybernetics is preeminent when the system under scrutiny is involved in a closed signal loop, where action by the system in an environment causes some change in the environment and that change is manifest to the system via information/feedback that causes changes in the way the system then behaves, and all this in service of a goal or goals. This “circular causal” relationship is necessary and sufficient for a cybernetic perspective.

Its focus is how anything (digital, mechanical or biological) processes information, reacts to information, and changes or can be changed to better accomplish the first two tasks. 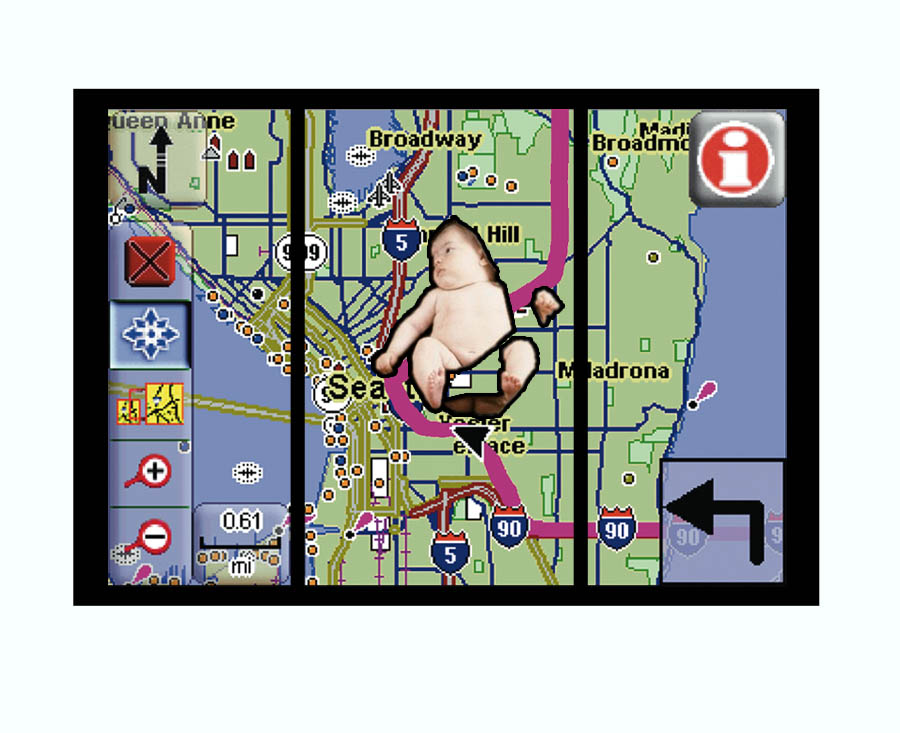 Archetypes seek actualisation within the context of an individual’s environment and determine the degree of individuation. Thus for example, the mother archetype is actualised in the mind of the child by the evoking of innate anticipations of the maternal archetype when the child is in the proximity of a maternal figure who corresponds closely enough to its archetypal template. This mother archetype is built into the personal unconscious of the child as a mother complex. Complexes are functional units of the personal unconscious, in the same way that archetypes are units for the collective unconscious. 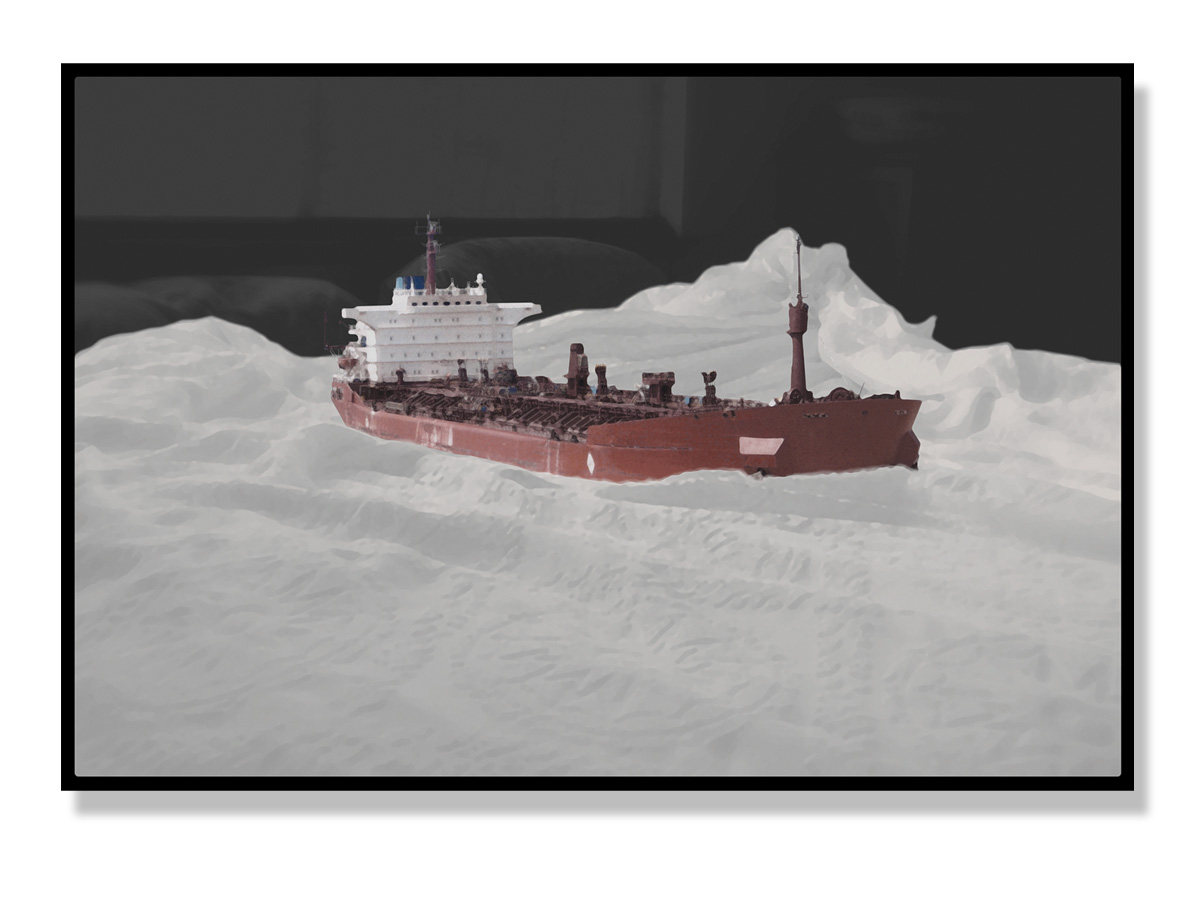 All the most powerful ideas in history go back to archetypes. This is particularly true of religious ideas, but the central concepts of science, philosophy, and ethics are no exception to this rule. In their present form they are variants of archetypal ideas created by consciously applying and adapting these ideas to reality. For it is the function of consciousness not only to recognize and assimilate the external world through the gateway of the senses, but to translate into visible reality the world within us 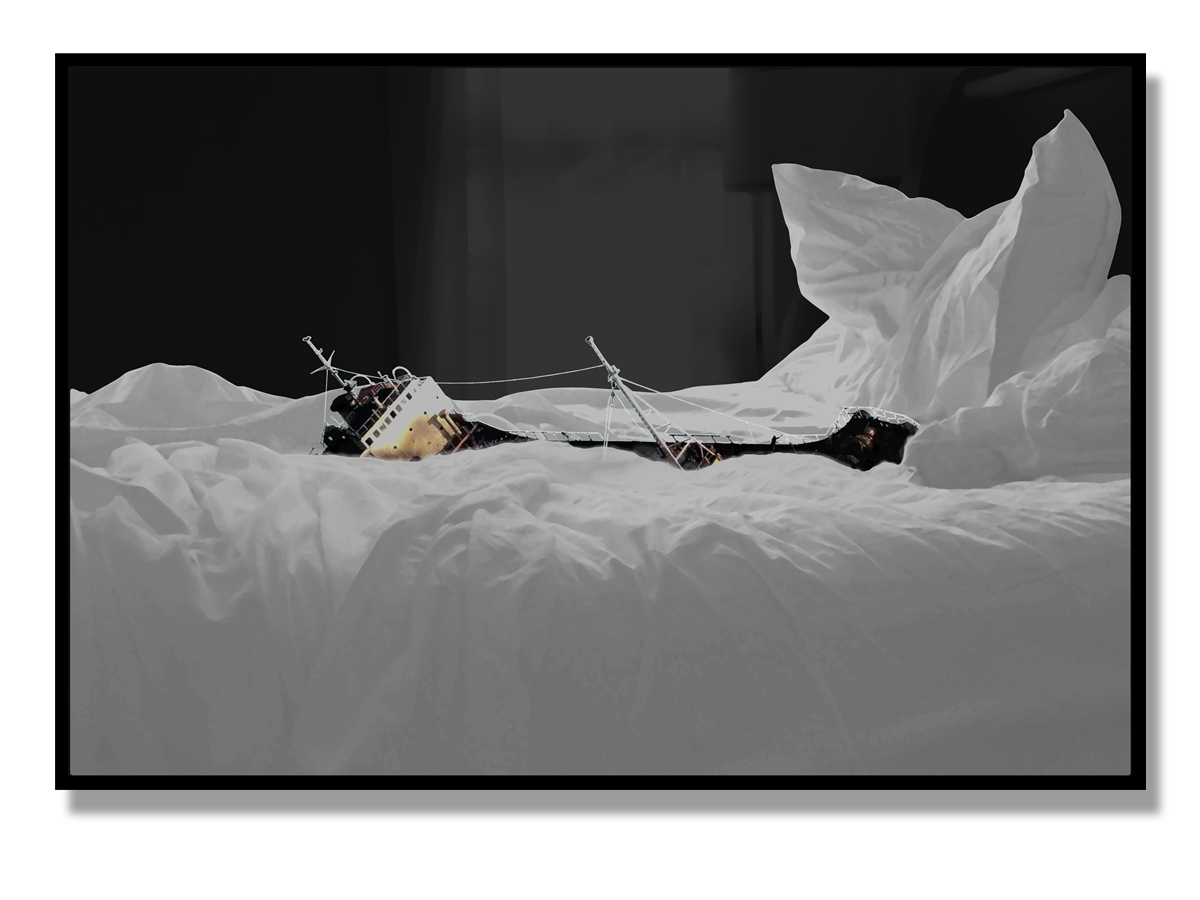 The archetypes of the collective unconscious could be thought of as the DNA of the human psyche. Just as all humans share a common physical heritage and predisposition towards specific gross physical forms (like having two legs, a heart, etc.) So do all humans have innate psychological predispositions in the form of archetypes, which compose the collective unconscious. 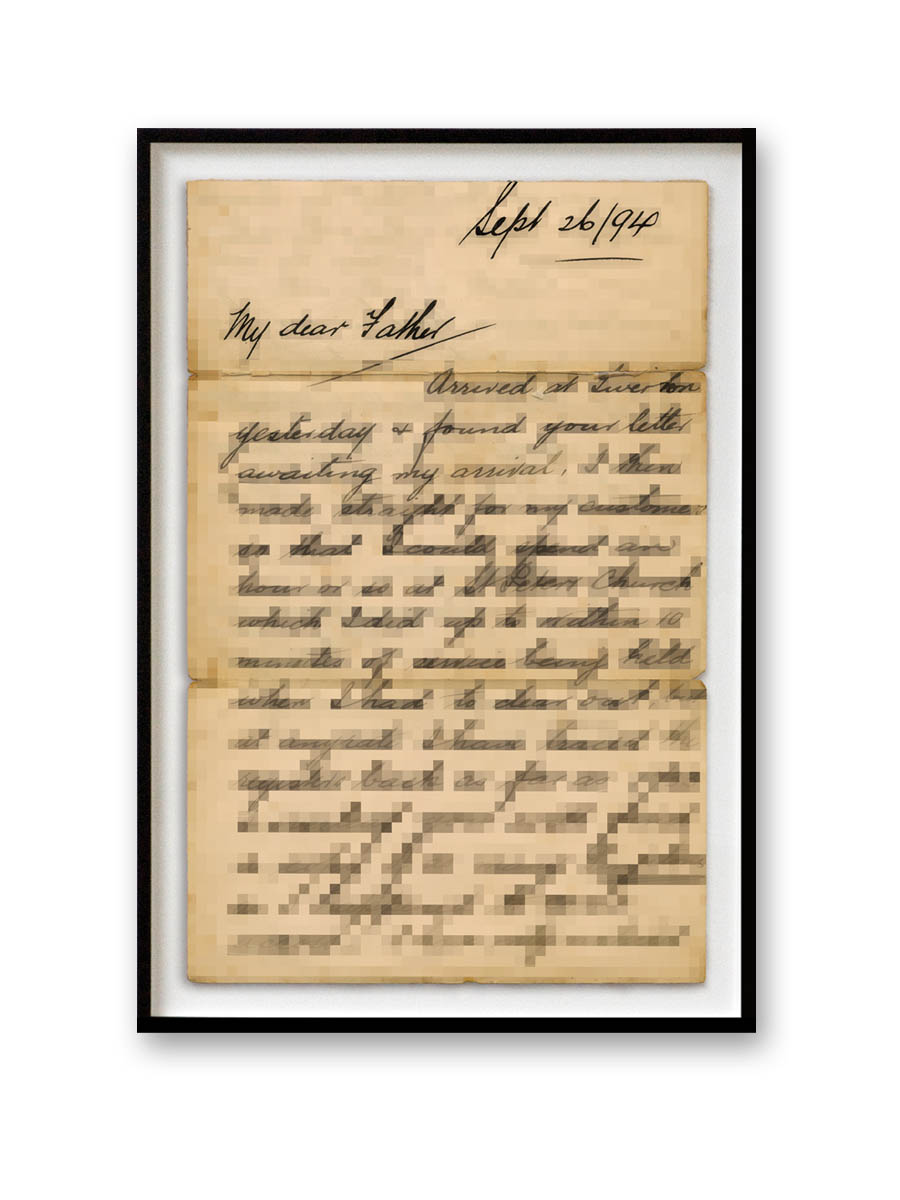 There are numerous ways in which people have changed the way they communicate in the last 50 years; email is most certainly one of them. Traditionally, social interaction in the local community was the basis for communication – face to face. Yet, today face-to-face meetings are no longer the primary way to communicate as one can use a landline telephone or any number of the computer mediated communications such as email.

Research has shown that people actively use email to maintain core social networks, particularly when alters live at a distance. However, contradictory to previous research, the results suggest that increases in Internet usage are associated with decreases in other modes of communication, with proficiency of Internet and email use serving as a mediating factor in this relationship.

Cybernetics is preeminent when the system under scrutiny is involved in a closed signal loop, where action by the system in an environment causes some change in the environment and that change is manifest to the system via information/feedback that causes changes in the way the system then behaves, and all this in service of a goal or goals. This “circular causal” relationship is necessary and sufficient for a cybernetic perspective.

Its focus is how anything (digital, mechanical or biological) processes information, reacts to information, and changes or can be changed to better accomplish the first two tasks.

This site uses Akismet to reduce spam. Learn how your comment data is processed.